He was born into a Reformed family in Sárospatak, his father, József Rohoska, a teacher of the Reformed College, his mother is Borbála Nagy. Of the seven children, Gusztáv was the eldest. He began his legal studies at the University of Budapest in 1920, but in 1923 he chose journalism. At that time he took up the name of Gustav Rab.

He began writing his first novel, Mocsárláz, in Sárospatak, and in 1922 he won the first prize of the Atheneum publisher (under the writer name Gusztáv Rab).

From 1923 onwards he worked at the newspaper "World", and from 1926 to "Az Est"-papers. He traveled to France several times as the special correspondent of "Az Est". He was one of the organizers of the Congress of the International Journalists' Congress in Budapest in 1933. He married Gizella Herz in 1936, and he soon abandoned journalism and began writing novels.

In 1938 he published a novel entitled "I would recommend Menton", which also had a large readership abroad. Since then, his books have been published in German, Italian and Swedish. Among the Hungarian readership, the novel entitled "Belvedere", published in 1940, was the most popular novel, the historical background of which was given by the Central European events of 1938 - the Munich Convention, the division of Czechoslovakia and the feedback of Hungarian lands. He considered Flaubert to his master, he used many of Flaubert's novelist tools. Until 1945, 10 novels appeared in Hungary, each of them having a great deal of success with critics and readers. As a journalist, he wrote a number of articles criticizing Naziism and Hitler, and at the end of 1944, the Arrow Crossers arrested him.

After the end of the "Az Est" in 1939, he became editor of the newly founded "Pest" daily paper. After the Second World War, he worked for the weekly "Új Idők", which was later edited by József Fodor and Lajos Kassák. In July 1945, Rab was arrested for a thorough suspicion of cooperation with the Germans (the irredentious novel of "Belvedere"). HHis case was discussed in the autumn of 1945, and then for five years he was banned from journalism. In 1949 he was expelled from the Hungarian Writers' Association. Since he was not a believer in the new political system, he could not continue his journalistic activity from June 1949; his last articles appeared in "Magyar Nemzet" in the first months of 1949.

Between 1949 and 1956 he worked as land surveyor at the construction of the Eastern Main Canal. In a few years he became a geodesic technician, a brigade leader and an engineer. This is the time of his secret Catholicization. Over time, the work undermined Rab's health, and his doctor banned the geodesic activity and discharged it. His second wife, Olga Kochanovszky, had lung cancer and had undergone a pulmonary surgery in Mátraháza. Between 1949 and 1956, he wrote two unpublished novels: "Szent Optika" about the three martyrs of Kassa (Kosice) and "Utazás az ismeretlenbe" about the fate of the relocated people under the Rákosi-regime whom he met as a geodesist.

He brought these two manuscripts to France, where he received a passport with the support of György Bölöni. At the end of January 1958, they left Hungary for the encouragement of their wife. The Flammarion publisher has agreed to release his novel about relocated people, and "Voyage dans le bleu" was published in 1959. Her wife's cancer needed constant treatment. Meanwhile, his wife moved to the hospital of Dreux, near Paris, and died there on June 8, 1959.

Gusztáv Rab worked as a cultural journalist of the "Voice of America", and sent radio reports about French literature, art and culture. He also tried to translate his works into French, English, German, Swedish and Italian. Andor Adorján and László Gara supported him with advices and contacts in the editorial world, but he knew also Jean Cocteau and André Malraux. He corresponded to Ignác Balla, who was living in Italy, and Endre Bálint. In his emigration, he continued his work in Hungarian, but most of his works were not published either in his mother tongue or in a translation. With the support of the French Minister of Culture of De Gaulle, André Malraux, the town of Dreux, in the fall of 1959, gave Rab an apartment. He died there at the beginning of 1963 at heartbreak, and was buried on January 9th. 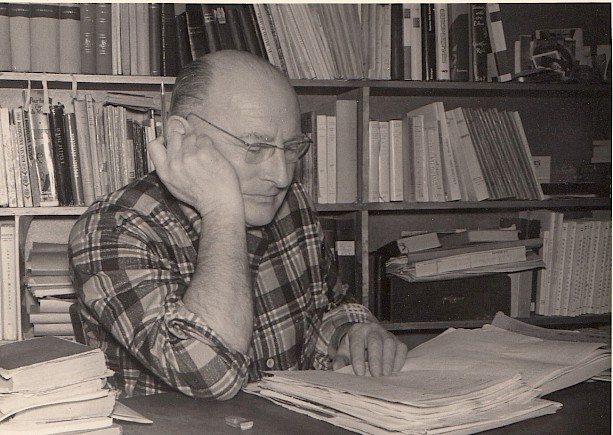 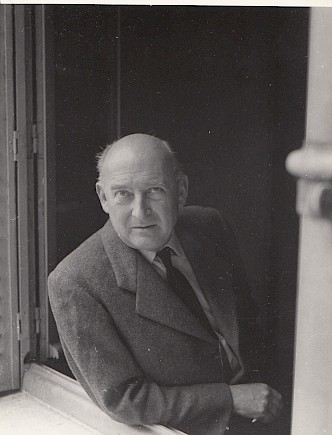 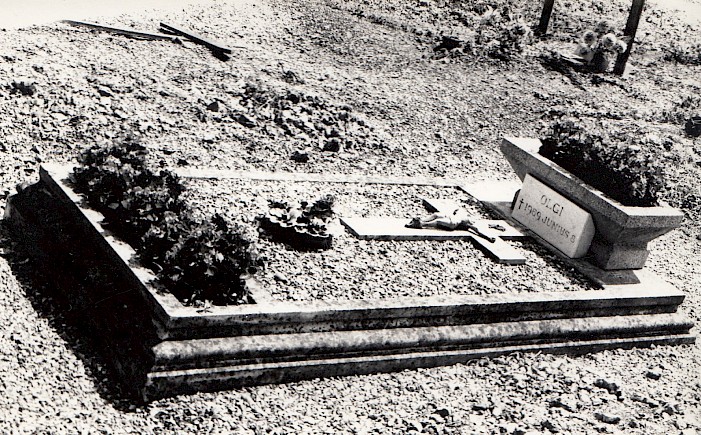